Ain’t Nothin’ but a Hound Dog…

…rockin’ around town.  Ok, now it’s time to get rockin’ on the rocking chair.

The little chair for the country hound will be made from oak and fashioned as you’d expect a country chair with a bit bulky pieces rounded simply and with a ladder back. The first photo depicts the runners cut from about a 3/8″ piece of oak with the grain running in the direction of the runner.   I had to take a good look at my Grandma’s rocking chair that I have at home to realize how slight a curvature is actually in the rocking chair runner.  Also, if you hadn’t noticed before, the rear of the runner on a rocking chair is flatter than the front to prevent the chair from rocking too far backwards and up-ending the occupant.

You see how much you learn when you try to carve something!?  The second photo is of the two runners cut out. 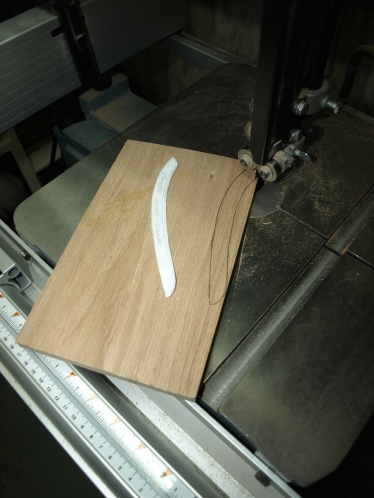 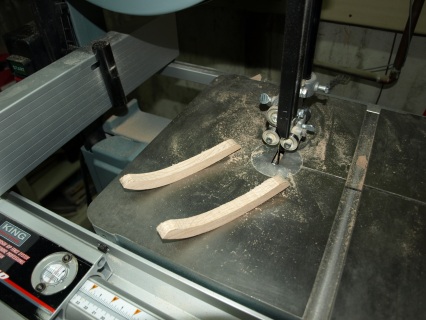 The uprights for the base of the chair that attaches to the runners were cut of the same material.  Again the grain was oriented for greatest strength.  The second photo, below, shows the drilled hole in the runner along with a carved-down upright piece that fits snuggly in place.  Although everything will be rounded out nicely after I do some carving, I want to keep the look of the tapered sections that fit into the holes as it will give the chair a less refined and more rustic country look…just like some country craftsman ( crafts-hound? ) made it without the availability of the best power tools on the market! 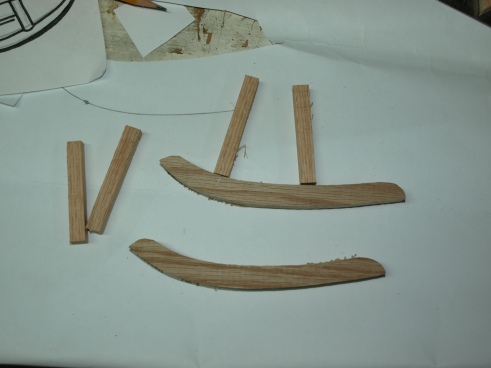 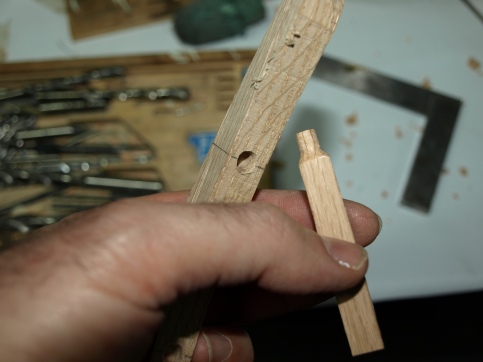 So, this is what it shapes up to look like at this stage.  I like the general proportions.  I still need to add in some cross members between the uprights on the two runners. The chair seat is nice and thick at this point and will give me a chance to trim it down and possibly include a chair cushion…I’ll have to think about that but right now a colourful chair cushion might be a nice addition.  Next steps will be the chair back with its ladder rungs and, of course, all of the rounding and detailing. 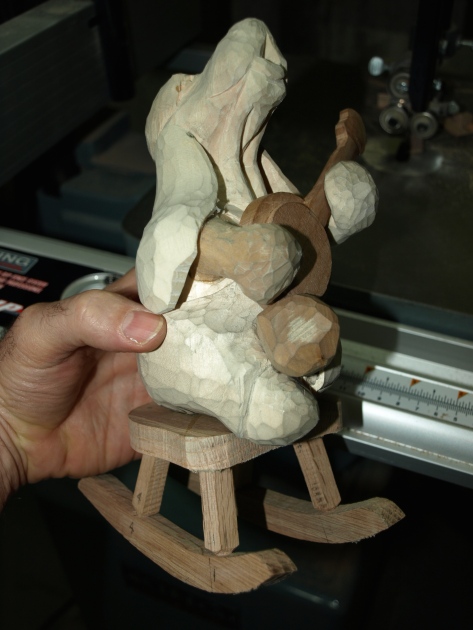 Now that I look at this picture, I should also mention that I numbered each mating piece as it’ll be important when I do the final gluing that the right pieces went in the right spots in the right way.

Enjoy the photos.  Any comments or questions, just fire away.