Ha!  When I was in Niagara, Stephan Forrin’s wood carvings got me interested in Cottonwood Bark carvings.  Stephan was good enough to spend some time with me explaining the basics of carving this fairly fragile bark.

I should have taken a picture of the bark before I started carving, but I guess I was just too anxious to get going.  As you can see, this particular piece of Cottonwood Bark had a lot of white on the outside.  I started with a little cottage on the top, grass thatched roof with some cedar shingles beneath and then, finally, a pine planked cottage. 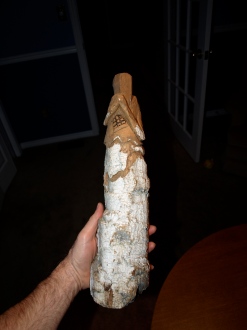 Next, I got the idea that a bit of a spiral staircase would look good leading up to the door.  Then, the more I looked at it, I thought that the white looked like water, so, I carved a little water wheel at the bottom and trimmed away the white portions of the bark to look like a waterfall.

It’s coming along quite nicely, and a lot quicker than an involved caricature.  I think I’m going to need more bark… 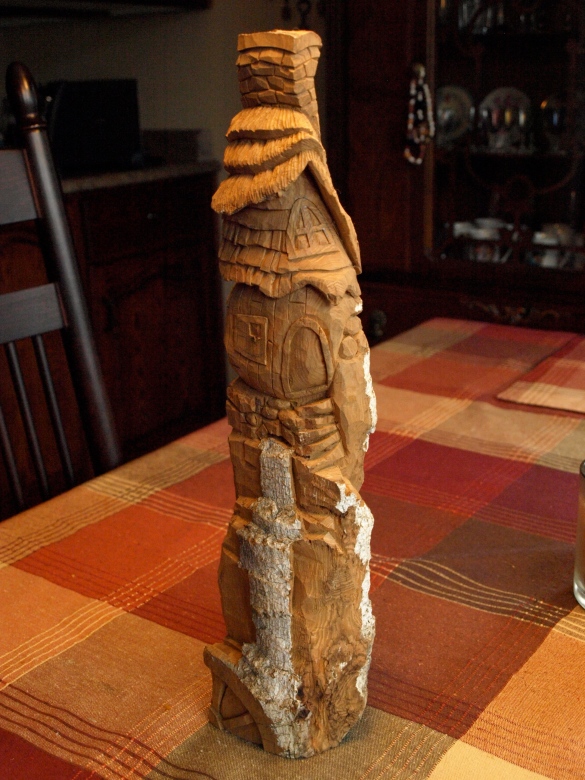 2 thoughts on “Bark Worse than Bite?”