I worked a bit on the ties and ballast that will make up a part of the base for Ned and “Hobo”.  The wood is basswood that I picked up at the Pickering Carving Show.  I carved several ties into the basswood and chiseled out some irregular ground between the ties.  My plan is to make this ground look like a combination of gravel and dirt with just the right amount of oil and debris to make it look like it’s been well travelled.  The rails themselves will be cut to the right lengths once I get the ties completed.

Now, how about Captain America…well, it doesn’t have much to do with carving but it is craft related and features my #1 son, Paul.  As he decided that he would be Captain America for Hallowe’en, Peggy has been very busy sewing and creating his costume.  She did a terrific job and he’s already been the Captain at one party with several more parties to come.   Happy Hallowe’en! 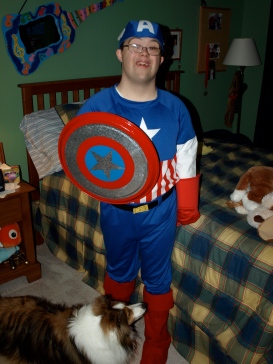 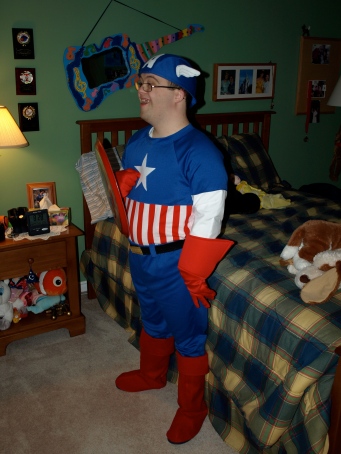