Here’s the start to a bark lighthouse based loosely on a famous lighthouse found at Martha’s Vineyard.  Known as the Gay Head Lighthouse, it’s famous in that it was moved intact from it’s location in 2015.  You can google it and you’ll find that it’s an interesting story.

The bark is from a Cottonwood tree near Kingston.  This climate produces a thinner and darker version of the bark than that which you would see from the west coast.  You might recall that the lighthouse that I made for Peggy’s uncle some time ago was made from the same tree.

Here’s where it starts…looking hard at a piece of bark to try to see a lighthouse in it!  Can you see it?  How about a lighthouse with a little shed-like shelter at the base?  See it now? 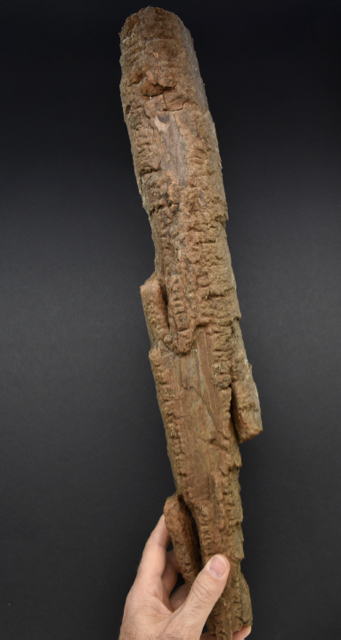 The lighthouse that I’m carving has a very large glassed section with a similar sized level below it and then a final base that’s about 2 1/2 times longer than the upper levels.  I’m using a bit of creative licence to add the little shed and I’m going to add some cedar shingled roofs and larger, aged bricks just because they look really good in a bark carving.

Here’s the first roughing-in.  Although you want to be very close to a vacuum system, I like to use a Foredom tool and Typhoon bit to do the initial shaping.  It’s quick and it’s easy on the bark. 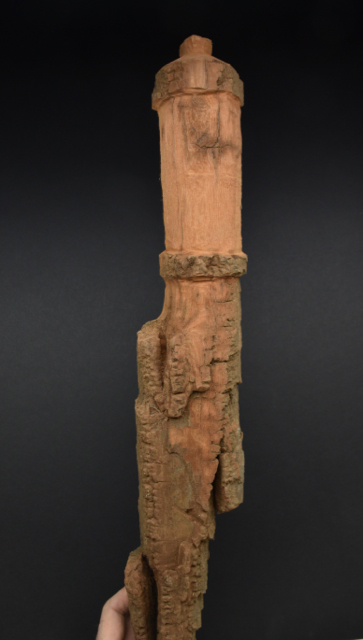 Then with a couple of knives and a gouge, I added a bit of detail to start getting the dimensions right.  If you have tried bark carving, you’ll know that it doesn’t carve like a block of wood.  The only way that I can describe it is to imagine that you’re carving a softwood that has some qualities of cork.  The knife or gouge isn’t quite pushed or pulled through the material…it’s more like a shearing action where you slide the knife along as you push or pull. 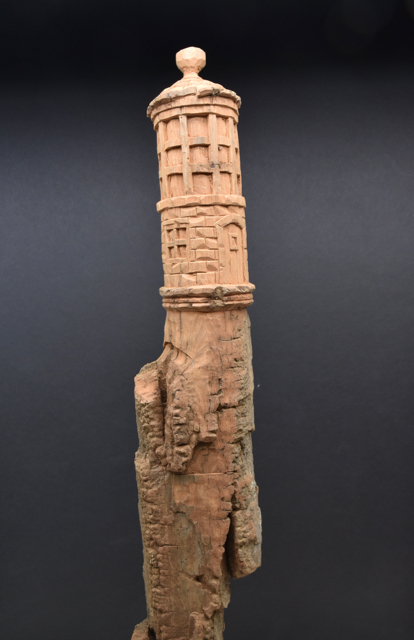 Now you can see where that shed is going to go, right?  Of course, before it’s finished, all of that glass area and windows / doors will be hollowed out.  I like to keep that to the last so that the bark is as strong as possible while I’m carving so I don’t run the risk of damaging anything.