A Change of Plans

From an earlier post, you’ll remember the little Basset-in-a-Box.  This little guy is intended as a “Learning by Doing” project at the upcoming Magic in Wood Competition and Show held in Pickering, Ontario this October.  The basic idea is to have several carvers come up with a carving that can be accomplished in about two hours and invite small groups to join them in completing a project of their own.  Registration will be on the Ontariowoodcarvers.ca site shortly for all of the different projects.  I was asked to lead a carving session for a Basset carving and this is what I’m planning to bring.

Actually, because we only have a couple of hours in the carving session, I’m bringing a “rough-out” of the carving for each participant that will look something like this… 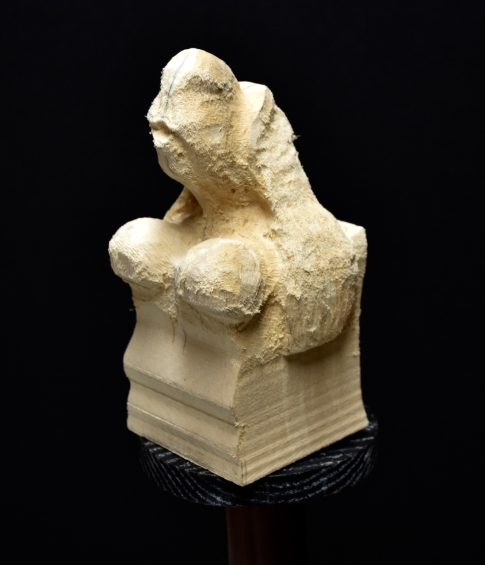 From that roughed in version, the hope is to get everyone within a couple of hours to this stage…

Beyond that, I’m planning to leave some instructions and photos with the participants so, if they choose, they can go home and paint the figure along the lines that I’ve painted mine.

Now, about the change in plans.  Well, although I started out with the idea that the pup would be in a box, it struck me along the way that it would either be a pretty big pup or a pretty small box.  So, I decided that the box needed to become a bag…a gift bag.

So, come on, who wouldn’t want to receive a howling hound in a surprise gift bag?  Really. 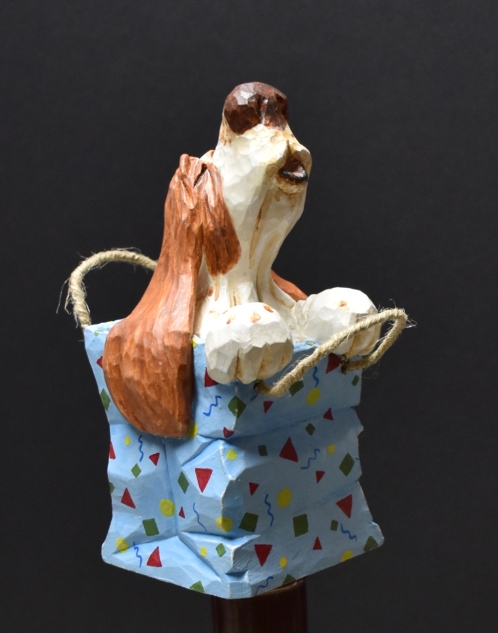 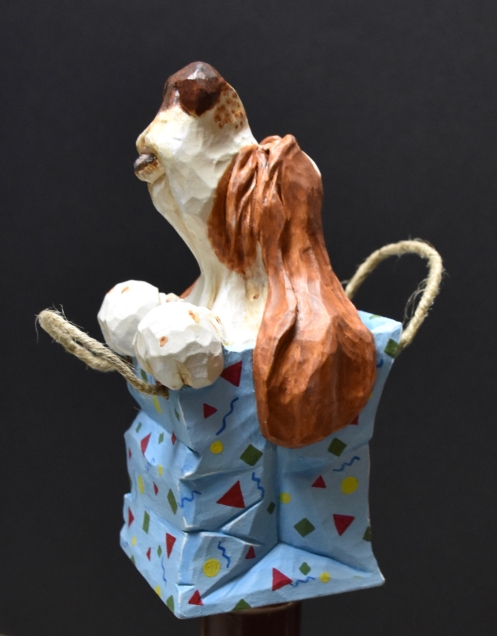 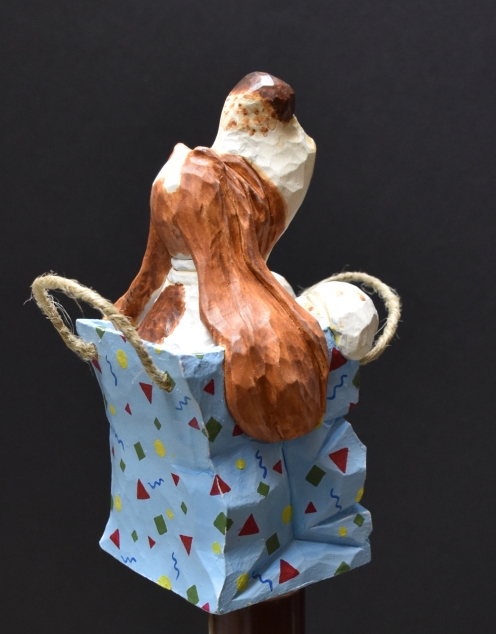 3 thoughts on “A Change of Plans”