Hobo and Ned attended the Niagara Falls Carving Show this past weekend and brought home a 1st Place in Caricatures.  My two bark carvings also did well picking up a 1st and 2nd in that category of carving.

In the next two photos, you can see that the caricatures category was popular at the show and had some creative entries.  In the second photo, the Indian bust was completed by Bill McDougall and was particularly well done, in my opinion.  Bill and I spent some time catching up on news and talking about their show coming up in the Erie, New York area this summer. 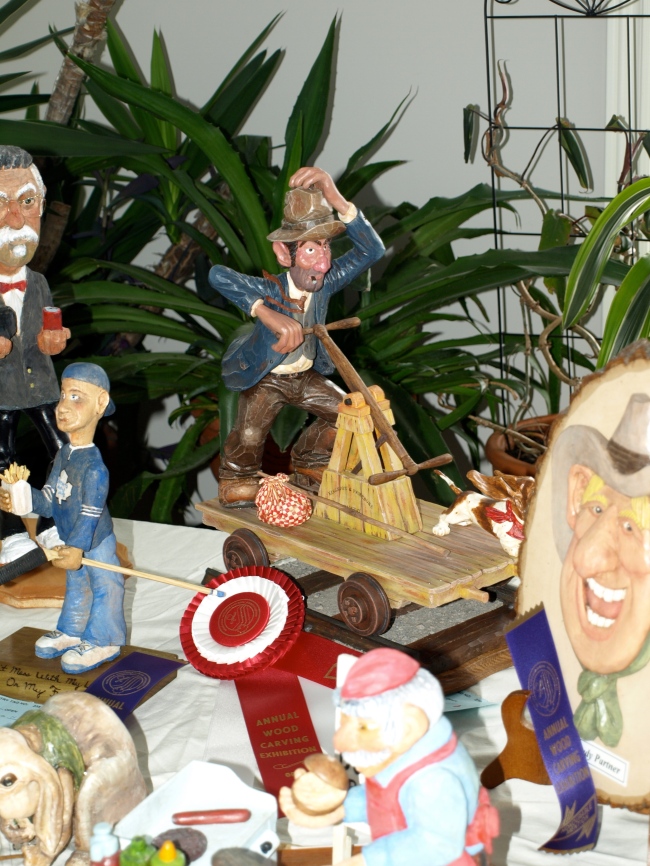 The show itself was held at a new venue for the Niagara Carving Club:  Heartland Forest,  which was a beautiful facility and well attended throughout the weekend.  In fact, on Saturday, with the large number of people attending  it was somewhat difficult to get closer to the tables and booths to take in the many carvings.

My Mom, also here in the photo, attended the show with me and a number of relatives from the Niagara region also dropped by to see how Hobo and Ned made out.  It was a nice weekend.